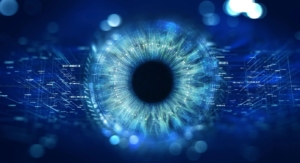 The word biometrics has its etymological roots in Greek. Bio has the meaning “life” and metrics refers to “measurement”. While biometrics have been used for decades in physical access control, emerging technologies are expanding the field and making its technologies increasingly robust. In many cases, biometric methods are chosen over traditional means of identification such as PIN numbers and passwords due to their precision and sensitivity. Biometrics systems today look at more than just fingerprints, and can include vein pattern recognition, retinal scans, hand geometry, voice ID, facial recognition, and even DNA. Here we will look at the types of biometrics sensors and systems, how they work, and where the technology is moving in the future.

A biometric sensor is composed of a transducer that modulates a biometric signature into an electrical signal that can be processed by a computer. These sensors can read energies such as light, heat, and electrical capacity. Modern biometrics may include several sensors including IP cameras for facial recognition and microphones for voice ID. Instead of just fingerprint scans, some devices are made to scan the unique pattern of veins under the hand.

These biometric access control systems are classified broadly into two types: Physiological Biometrics and Behavioral Biometrics. The physiological methods include the techniques looking at the unique signatures of the human body. Behavioral biometrics is a newer technology that uses analytics to identify based on keystroke, personal name signature, and the cadence of one’s voice.

Modern fingerprint techniques use a specialized program to look at features such as arches, whorls, the outlines of edges, and the minutiae and furrows of the fingerprint. Three ways of matching a fingerprint exist:

Minutiae Based: a digital representation of the fingerprint plane including a set of points are stored on the computer and matched against the corresponding points on the finger.

Correlation Based: an overlay of the fingerprint is matched against the scan and the association between pixels is calculated.

Ridge Feature Based: similar to minutiae based matching, this novel technique is useful as a confirming measure alongside the other methods.

To capture the prints, optical sensors use a CMOS image sensor; transducer technology which uses thermal, capacitive, piezoelectric sensing. Ultrasound sensors can also be used. In this method, acoustic signals are sent by transmitter near the finger with the signals reflecting back and captured for processing. The fingerprint method has advanced over the years and has multiple levels of redundancy. This makes it a viable means for safeguarding entry to doors, keeping track of and restricting access based on identity, and even managing computer logins. Some banks are even employing fingerprint scans on ATMs.

This technology has only recently become viable as machine learning has enabled computer vision techniques considered impossible a decade ago. These systems work by comparing over 80 “nodal points” on the human face including length and width measurements of the nose, cheekbones, eye sockets and more. These systems store this data as a “face print”. While not presently in widespread use as an access control method, the technology is used on phones reliably and on social media sites to tag photos. Because other measures are more precise for access control, facial recognition today remains in the realm of personalized advertising and smartphones.

Voice Identification technology combines physiological and behavioral biometrics captured by speech processing tech. These programs measure nasal tone, frequency, inflection and cadence. Conversational technique and vocabulary form the behavioral component. This technology is generally not used outside of smart phones and government surveillance programs. For example, the NSA has built a bank of “voice prints” on an unknown number of people.

This method leans towards the behavioral biometric approach. Here, a program is used to analyze the physical activity of signing a signature by hand. Pressure applied, speed and stroke order are measured and compared to visual images of the signature. Two methods exist: Static and Dynamic.

Static mode involves the system taking an image of the signature written on paper and examining its shape. Dynamic mode has the user write the signature on a tablet where it is digitized and analyzed in real-time.

As we move into a new decade, we can expect access control to grow as an industry with biometrics in tow. With these technologies paired with machine learning, their accuracy will increase with time and become increasingly reliable. The advantage of biometrics techniques is that unlike a password or PIN, they cannot be stolen or copied easily. They remove security risks such as password sharing and enhance accountability. It is possible that we may reach a point where these technologies become so accurate that passwords will be made a secondary measure or obsolete altogether.