29 officers have been trained and licensed to operate 14 drones for the NYPD in a unit known as the Technical Assistance Response Unit. These drones will perform a wide variety of tasks such as monitoring both vehicle and pedestrian traffic, surveilling large events, search and rescue, and assisting in other miscellaneous emergencies. It has been a little while since we looked at the emerging market for security drones. It is still true that security drones require human pilots to be effective in a police force, and it is worth clarifying that these UAVs are not autonomous.

The idea is for the drones to act as an advanced party to a crime or emergency scene. Drones having eyes on the situation first gives incident commanders the chance to see what they are getting into before they jump into danger. Unlike in China, where drones disguised as doves watch every living thing in Beijing, these 19 drones will not be used to perform warrantless surveillance, though many still suspect misuse to occur anyway.

Two of the drones are quadcopters with zoom-in cameras and thermal imaging capabilities. The remaining drones are smaller, with one being relegated to training purposes. NYPD has said that these drones are for special situations and not for routine patrol or for use in traffic enforcement. They also claim they will never attach weapons to these machines or use the drones themselves as weapons. Whether or not that is a promise that sticks remains to be seen.

Drone use by police is certainly not new and not just for big city departments anymore. The Center for the Study of the Drone at Bard College has shown over 900 law enforcement agencies with deployed drones at the time of their study. However, that scale of drone surveillance still pales in comparison to what China is executing, and for that we should probably be grateful.

Security Technology of South is proud to offer integration of security services and custom solutions for any and all security needs.

As Super Bowl LIII approaches, police and partner agencies are meeting for a tabletop exercise to develop a security plan to host the event on February 4. These law enforcement partners include the FBI, Homeland Security, and the World Congress Center police. The agencies met to discuss possible crisis scenarios for the Super Bowl and for the 10 days of events preceding it.

Those involved in the preparations for the Super Bowl will “work on contingency plans for everything from suspicious packages to protests and even mass casualty incidents.” (Amy Patterson, VP of operations and logistics for Atlanta Super Bowl Host Committee). “Today’s an opportunity for us to exercise those plans through about eight scenarios that we’ll talk about, things that could happen during [the]10-day operational period of the Super Bowl,” Patterson said.

Events on the scale of a modern Super Bowl demand a serious security effort that spans multiple dimensions. A human security presence, vast camera network, analytics, authentication through biometrics or RFID, and facial recognition through FBI databases will all play a part. There are similarities between this and the upcoming Olympics in Tokyo, which is not surprising considering the FBI’s involvement in both.

Planning for mass casualty events is usually considered to be within the exclusive scope of law enforcement, but it is increasingly through surveillance and analytics that we are able to discern an imminent crisis from the behaviors of crowds. As we have looked at in previous articles, analytics systems using a wide network of IP cameras can look at everything from the movements of crowds, the walking gait of individual persons of interest, and more to determine if the outbreak of violence is imminent. So while it is still up to law enforcement to gather intelligence leading up to an event, it is increasingly technology that alerts us to events about to unfold.

Security Technology of South Texas is proud to offer custom solutions for any and all security needs. 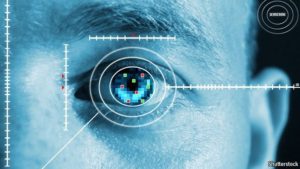 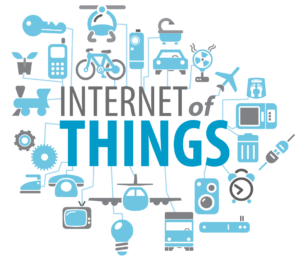