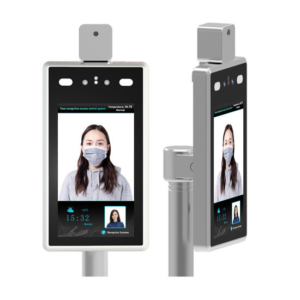 The “Covid Factor”
Covid-19 has changed the way both people and organization view nearly every aspect of interaction almost overnight. From opening the door and interacting with access control measures to rethinking how much of business even needs to be conducted on-site, this re-imagining has actually come at an opportune time relative to recent advancements in access control. Contactless systems are the preferred method for ingress and egress, and this has already been a trend in the industry for some time.

Whether it be an office, hospital, university campus or industrial plant, compliance requires either eliminating manual door activation, for example a hand pressing a switch or using a handle to open a door, and replacing with an automated “no-touch” solution or, when that isn’t desired or possible, enabling the manual door activation to be done with another part of the body (i.e., arm, elbow, hip, knee or foot), which is referred to as a manual ‘low-touch’ solution.
The use of touchless switches (also referred to as “no-touch” or “hands-free” switches) to activate automatic door operators or de-energize locking devices is increasing at an unprecedented rate. It’s very likely that touchless switches could become more common than push plate switches in the not too distant future.

How AI Will Power The Change
The addition of cameras to high risk portals has been an early example of this integration trend, enabling managers to be able to tie what took place at an entrance to a corresponding alarm condition such as a forced or jammed (propped) entrance/ exit. This capability can be further enhanced by analytics – for example, facial recognition could be used to determine which individuals might have set off the alarm condition. Analytics and other sensors could count the number of people that move through a portal during rush periods in “open” mode and also determine that a crowd has gathered and more doors/portals need to be opened to address the burst in demand for ingress or egress.
“From a design perspective there is an increasing demand, due to COVID-19, for touchless access. In this case, the integration of technologies and the use of machine learning can be leveraged to provide efficient, safe and secure access. Machine learning and AI are well adapted to leveraging data sets and, over time, gaining an understanding of conditions and matching them to access control and individual requirements,” said Salvatore D’Agostino, the CEO of IDmachines.

D’Agostino sees the convergence of AI into security spaces, not known for their reliance on analytic data, reshaping the landscape. AI can be used as a proactive step against intrusion at a security entrance like a swing door or turnstile and integrated into the access control and video security systems to provide rich analytics and situational awareness.

Emphasizing “What is Going to Happen”

“It has long been known that there are often patterns to humans, and to the same extent, enterprise behavior. Access control, surveillance, and intrusion detection systems collect large amounts of data that is often stored and then deleted without much analysis.
Enterprises are now more attuned to the ability to leverage this ‘big’ data. These are evolving now to common data formats, real-time analytics and predictive tools. There seems like there would be a similar evolution in the capabilities of physical security systems where it is not so much what is happening at a turnstile, swing door or entryway, but what is going to happen,” D’Agostino said. “This would leverage the existing systems, sensors and data collection capabilities and use big data, and analytics to drive management and monitoring. The more that physical security systems adopt standard data types, sets and structures (using syslog for logging is a simple example) and the more intelligent these systems become, the more intelligence can be put into predictive analytics.”
—————————————————————————————————————————————
Security Technology of South Texas is a local leader in access control, video surveillance, and community management systems in the South Texas area. Get in touch with us today to see what we can do to help secure your location. 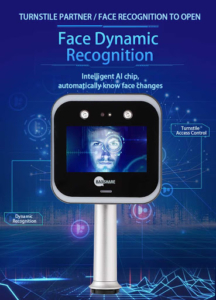 With the evolving dynamics of cloud storage and the ability to harness and proactively employ an ever-increasing pool of big data, AI in the form of machine learning and deep learning has become a disruptive technological force in the physical security industry. Advanced AI and low-cost network resources have significantly impacted video surveillance, which has been among the biggest beneficiaries of faster processing and impactful analytics. Building automation, fire systems, intrusion detection, and physical and network access control are all starting to incorporate AI functionality.

AI is increasingly taking a role in making exterior and interior entrances more secure.This technology is moving towards improving system functionalities, including: distinguishing people from objects at a facility perimeter and interior entrances; deterring piggybacking; identifying and analyzing potentially lethal objects and dangerous people; and helping to define secure areas in and around buildings creating a more defensive risk posture for a location.

As technology continues to converge and the edges of different traditionally separate technologies start to merge, we face the challenge of how AI may practically support entry solutions such as security revolving doors, turnstiles, and swing doors. A disconnect between the objectives of the building owner and building code regulations can further complicate the security blueprint. But with 5G communications on the horizon, at least for those in major metro areas, multiple systems will be able to communicate seamlessly and instantly. With billions of connected IP devices generating data, Machine Learning systems will have an enormous amount of data to run through algorithms and improve performance in the budding field of intelligent access control.

Because legacy security entrances do not have AI built into their technology, integrating intelligence into secured entrances requires a collaborative effort with a third party solutions provider. Video analytics are increasingly deployed to address use cases such as people detection, piggybacking, dangerous object detection and facial recognition among other issues relevant to secured entrances. The increased integration of AI providers with traditional security entrance partners has resulted in improvements, such as price, speed, ease of use and usability. It also includes the use of machine learning to improve algorithms over traditional modeling and correlation approaches, and integration with other systems and sensors. 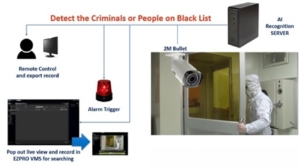 The Plan Moving Forward
Security entrances and mantrap portals often combine a number of systems, sensors and requirements. Portals by their nature are an integrated solution combining access control, video surveillance, mechanical hardware, sensors and design. These systems are a micro-scale example of what we can expect to see rolling out in the next decade. As devices move to wireless and 5G increases the throughput and number of IP devices, trillions of data points will be created for algorithms to process.

The limiting factor at that point will be only processing power and the limitations of human ingenuity in programming. Nonetheless, the access control, video surveillance, alarm, and community management/smart home technologies will begin to bleed into one-another and be able to intelligently share relevant information to improve performance, all with almost zero latency. The implications, should this play out ideally, include hybrid systems capable of operating nearly without human intervention, a reduction in the need for monitoring center services, and better response and accuracy for access control and security systems alike.

Previously marketed as Parakeet, Brivo’s foray into the multi-tenant video, access control, and home automation market provides a total solution for property management to wirelessly integrate surveillance with building access and smart home features. Properties can make themselves more attractive to new clients by offering a fully mobile experience for access and automation, encouraging them to pay more and stay longer.

Anywhere they go with an internet connection, clients will be able to use the app to:

This all takes place through the cloud, meaning there are no on-site servers to set up and maintain. So long as the location has reliable commercial-grade internet and clients have phones, the solution is seamless and elegant.

From the perspective of the property management, Brivo’s apartment solution makes easier many conventional tasks. Using a single integrated platform, management can:

Furthermore, as many industries look for ways to reduce in-person interaction, self-guided property tours have become an expectation for those looking at upmarket apartment homes. Brivo makes providing self-guided tours easy for both parties while maintaining the security of the complex. With Brivo, showing available units is easier, safer and more convenient.

Multiple properties across an entire portfolio can be managed in one suite of software, with clear delineation between access control features, video surveillance, and automation. Enrolled individuals can be divided into staff and clients and subdivisions thereof, with mass notifications easily sent out to just the group that needs to know. With the elimination of physical keys and fobs, security is improved by reducing the attack surface of your complex to something much more difficult to clone or hack, the personal phone.

Security Technology of South Texas is one of the area’s most experienced and professional teams in physical security, access control, and surveillance. If you would like an assessment made for your business, please contact us at