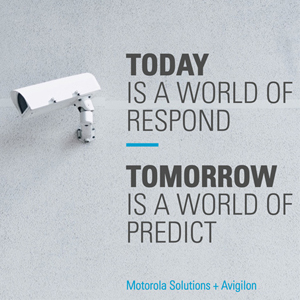 Avigilon has recently announced what they call a “next generation” AI capable camera system. Called the “H5 Smart Camera”, this technology makes use of Deep Neural Networks built into the devices themselves to provide the ability to learn, detect, and notify for events requiring investigation. So called “deep learning” or “deep neural networks” are the same type of AI tech used in the AI operations of companies like Google and Amazon. Deep learning AI works by sorting through massive amounts of data, the more the better, and modifying its own code based on what the program sees. Google’s “Watson” is a famous example of this kind of software, and gained public exposure when it defeated the world’s top player of “Jeopardy”. Deep learning was also used in the software that established computer’s as the top “players” of Go, a chess-like strategy game which is well known for its highly technical play and difficulty.

Avigilon is working with Intel, a leader in the emerging AI marketplace. Intel’s “Movidius” VPUs allow for power-efficient acceleration of hardware in deep neural networks. These networks are inspired by and in some ways modeled from the way that biological systems (brains and central nervous systems) process and interpret information. Intel believes this technology will “usher in a new generation of video analytics capabilities with deep learning approaches” (avigilon.com). The H5 camera line uses these AI facilities to develop more sophisticated event detection and automatic notifications. The cameras are to be displayed at the Global Security Exchange conference of 2018 in Las Vegas, and are expected to be launched into the market in 2019.

This is the focus that Avigilon has had in the industry for a while already and they have analytics systems available now. Yet as technology marches up an accelerating curve in processing power, we can expect more and more functionality in all AI systems to come. AI itself is a fascinating technology that we have looked at in more detail in previous articles, and is expected to radically change the markets in almost every industry and the global economy as a whole.

Security Technology of South Texas is an authorized integrator for Avigilon systems and has designed systems with this kind of functionality. Avigilon analytics is particularly useful in enterprise scale operations, school and college campuses, as well as car dealerships or any other large property where tight security is necessary. Please contact us at  admin@gostst.com on our website or via phone at  210-446-4863   24/7.

Videofied for HOAs
Scroll to top