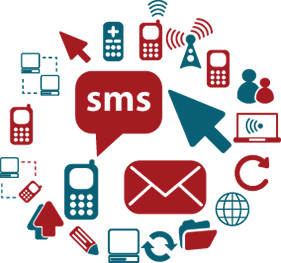 Mass notification systems have already been present on college campuses for a number of years. But these systems often either failed to respond quickly enough or to reach a majority of those on campus. Myriad threats, from active shooter situations, protests turned violent, and even outbreaks of diseases are present in these large institutions. These events require a school to arm itself with the technology to quickly communicate with large numbers of people to prevent loss of life. Here we will look at some current solutions campuses are employing in an effort to be proactive against shootings and other violence.

Because campuses can vary in size from small community colleges to massive military academies, it is important that a mass notification system be able to segment alerts based on location. Something going on a thousand acres across campus may not be relevant to the entire school. Having a hybrid system with at least some hosted in the cloud allows for scaling of the response system rapidly. So called “message fatigue” can prevent people from viewing these alerts, which makes it even more important to target based on location of the incident. In smaller campuses, it may be useful to expand the alerts to non-emergency messages about class cancellations or buildings closing. This is a balancing act the school must engage in to fit their needs.

Using SaaS and cloud based options will reduce Total Cost of Ownership by eliminating on-site hardware, maintenance, staffing, and other dedicated infrastructure. Most modern systems now work in this way. Of course, with any large system you must anticipate malicious activity and aim to thwart it. Data encryption “at-rest and in-transit”, using top tier data centers, recipient pin codes, and other features are must haves. An attacker could otherwise compromise the system and issue false alerts or even alerts designed to distract from some planned event such as a mass shooting or on campus riot. The vendor used should basically have uptime 100 percent of the time with support across all platforms, mobile and otherwise. Integrating security into a mass alert system will likely require a team of IT professionals, but not as many as would be needed without cloud hosting.

The design of the messaging itself is up to the school. Separate sets of protocols for emergencies versus simple announcements will make the difference between a useful system and a nuisance. The end user will need to be able to distinguish between alerts quickly, which can be achieved through emergency tones associated with the messages. Finally, you should be able to assign users different levels of access throughout the system within your IT team. Malicious individuals can and often do originate from the “inside”.

Security Technology of South Texas is happy to offer custom designed systems such as this from the ground up or integrated into existing infrastructure, where possible. We are available 24/7 at admin@gostst.com on our website or via phone at 210-446-4863.